With all it has to offer, Germany is a very popular holiday destination: the country is rich in culture and has beautiful, changing countryside and unique nature. You will find holidays to enjoy and relax throughout Germany, from the beaches of the North Sea and Baltic Sea through the romantic forests

and mountains of Southern Germany to the magnificent Alpine region of Upper Bavaria. The varied and lively major cities of Germany offer visitors a mixture of historical sights and places and modern cultural events. A resort holiday in Germany means a holiday for the whole family.

Highlights for your resort holiday in Germany

Perfect for your short trip or weekend holiday

Holidays for the whole family

Germany’s climate is temperate with regional differences. Northern Germany is starkly influenced by the North Sea and Baltic Sea and characteristically maritime. In summer, it is pleasantly warm and the winters are usually very mild. Southern Germany, in contrast, is characterized by a continental climate with plenty of snow in winter and hot, dry summers. The best time to travel to Fleesensee starts in May and ends in October, although a stay early in the year or in late fall has its appeal too.

Why is a resort holiday in Germany right for me?

Do you know everything that is included with a ROBINSON holiday? A variety of food, comprehensive sports programs, numerous events and awesome wellness plans are just a few of the advantages waiting for you at your ROBINSON hotel.

Check-in at all ROBINSON Clubs is usually from 3 p.m.. In order to ensure enough time for thorough room cleaning, check-out is until 12 p.m. on the day of departure. This allows us to provide you and all guests as pleasant an arrival and departure as possible.

Your club resort in Mecklenburg-Western Pomerania

Mecklenburg-Western Pomerania is one of the most popular holiday destinations in Germany. The Baltic Sea coast with its wonderful, old seaside resorts and miles and miles of sandy beaches is the destination for nature lovers and those craving relaxation. A resort holiday in the Mecklenburg Lake District, the "Land of a Thousand Lakes", is all about actively experiencing nature.

A health holiday on the Baltic Sea or in the Lake District promises a variety of beneficial spa offers. Active holidays provide countless sporting opportunities, on or off the water. Water sports enthusiasts will enjoy the excellent opportunities for surfing, sailing and canoeing. At ROBINSON FLEESENSEE, golfers choose between two neighboring courses. A variety of outdoor activities such as cycling, riding and motorbike riding complete the program. 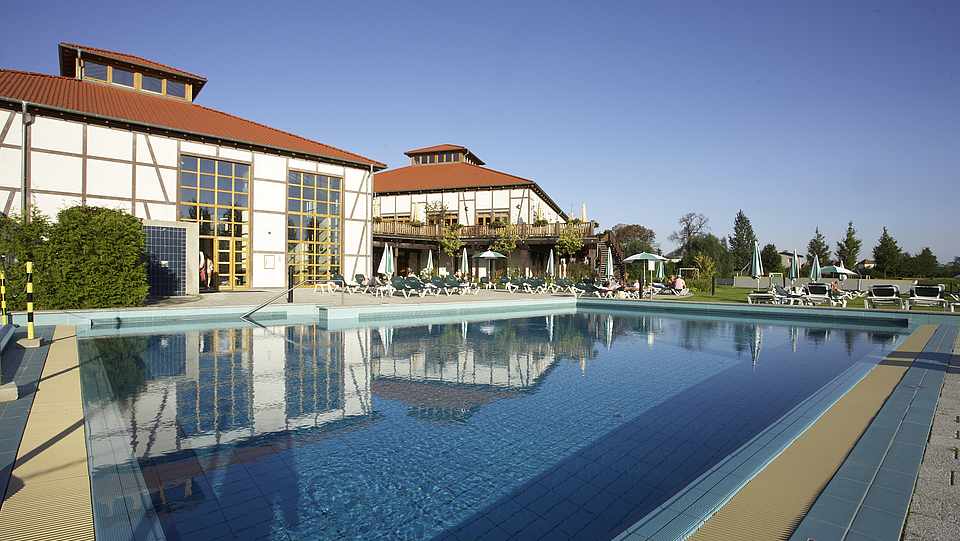 Resort holidays with the family in Germany

A varied family program makes every resort holiday the perfect stay for young and old. Baby sets and monitors can be reserved for our very young guests at ROBINSON FLEESENSEE. Minis (3 to 5 years of age) and Maxis (6 to 7 years of age) can be professionally cared for each day between 9 a.m. and 9 p.m. in the ROBY CLUB. And while your little ones are being excellently looked after, you can take some time for yourself to recharge your batteries.