Holiday on the Cape Verde Islands

The Cape Verde Islands – your next dream holiday

Highlights for your resort holiday on Cape Verde

Your offer for a resort holiday on the Cape Verde Islands

The location of the Cape Verde Islands

The Cape Verde Islands are an archipelago in the Atlantic Ocean. The are located approximately 570 kilometres from the west coast of Africa. The area has been recognized as the independent island republic Cape Verde since 1975.

The island of Sal

The island of Sal (also known as the Island of Salt) is the most level of the 14 Cape Verde Islands. Some guests may wonder about the island of Sal’s geographical details: Sal is part of the Ilhas de Barlavento archipelago and is located east of Sao Nicolau and north of Boa Vista. Its international airport Amilcar Cabral International makes Sal an ideal destination for travellers from all around the world. In autumn 2019, the first ROBINSON Club Cape Verde Islands resort opened on Sal.

Tip: The beach of Santa Maria on Sal at the ROBINSON CABO VERDE was voted the second best beach in Africa by Tripadvisor guests.

Tip: from schnapps to cheese pudding. Tasty delicacies on the Cape Verde Islands 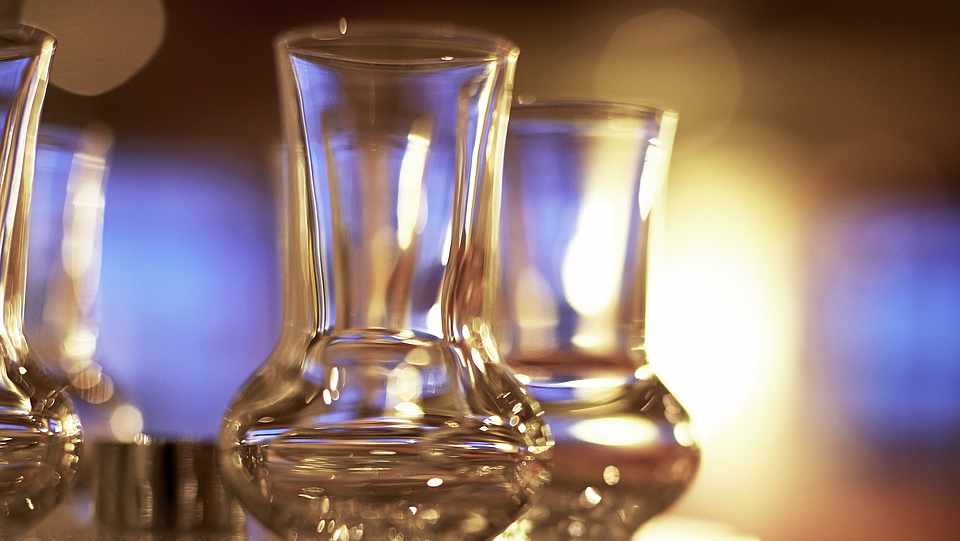 Try Grogue in Cape Verde. The schnapps, popular on the Cape Verde Islands, is made from sugarcane on Santiago and Santo Antâo. On your holiday in Cape Verde, you should also take the opportunity to try the unusual dessert creations available: ranging from Doce de Papaya, coffee and cheese pudding to Doce de Coco. The freshly harvested island fruits are used in a variety of desserts.

Activities on the Cape Verde Islands 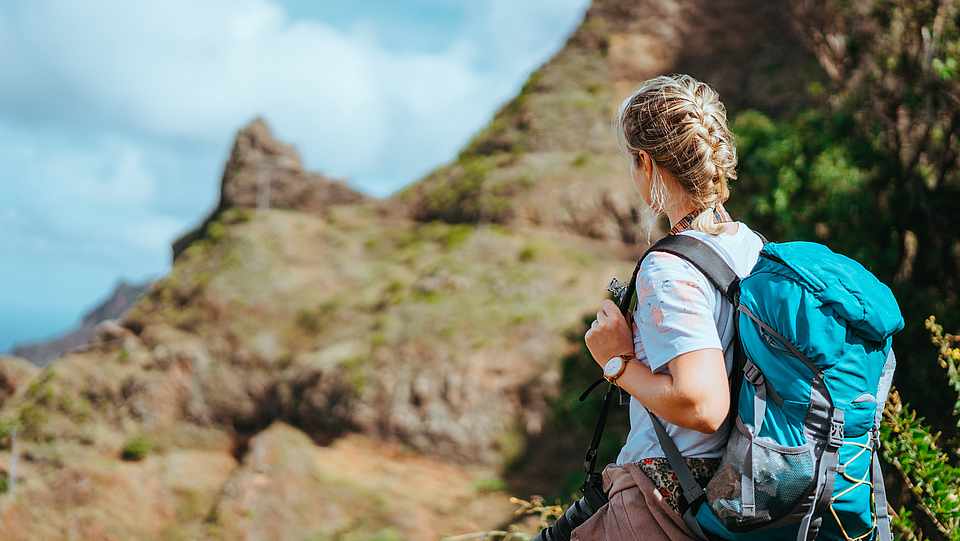 Hiking through the mountains

The three largest mountain islands of Cape Verde, Fogo, Santiago and Santo Antão, promise great fun for hikers. The trails through the tropical valleys of Antão, whose origins date back to colonial times, are a real highlight. Another amazing experience is a hike to the summit of Monte Gordo on São Nicolau, where you can not only enjoy the beautiful landscape of the hiking trails but also a breath-taking view of the surrounding islands. Hikers vacationing on the Cape Verde Islands will love the volcano Pico de Fogo, with its 2829 m ascent and deep volcanic crater. It is considered to be the third largest elevation in the northern Atlantic. 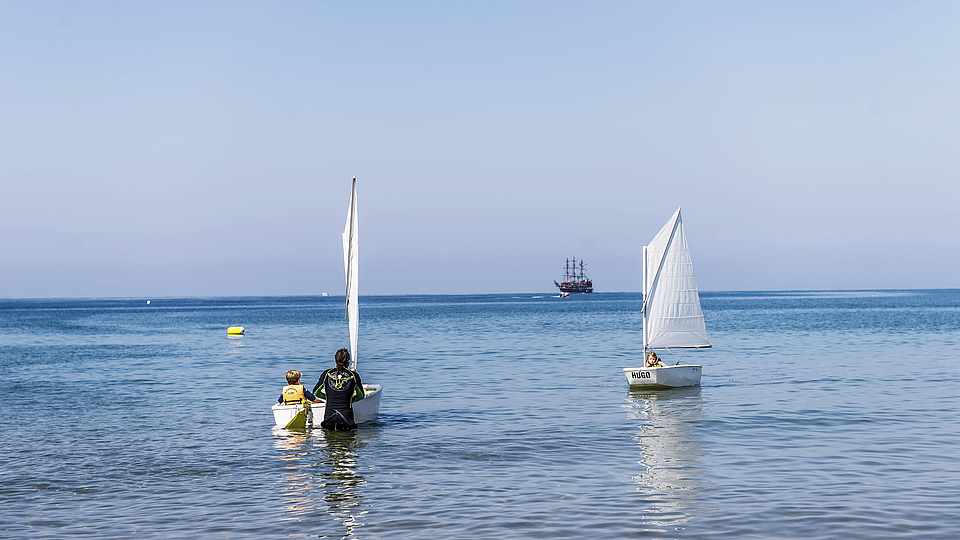 Sailing on the Atlantic Ocean

The sunny Cape Verde Islands offer excellent sailing conditions all year round. Explore secluded bays and many kilometres of sandy beaches on lonely islands on your sailing trip along the Cape Verde archipelago. Since the region around the archipelago is still considered an insider tip among sailing enthusiasts, you will not find overcrowded harbours during your holiday in Cape Verde. From the many anchorages, you can explore the picturesque fishing villages and busy ports of the Cape Verde Islands. Strike out alone into unknown waters with your adventurous, experienced crew or enjoy the vastness of the Atlantic Ocean on a guided sailing trip. 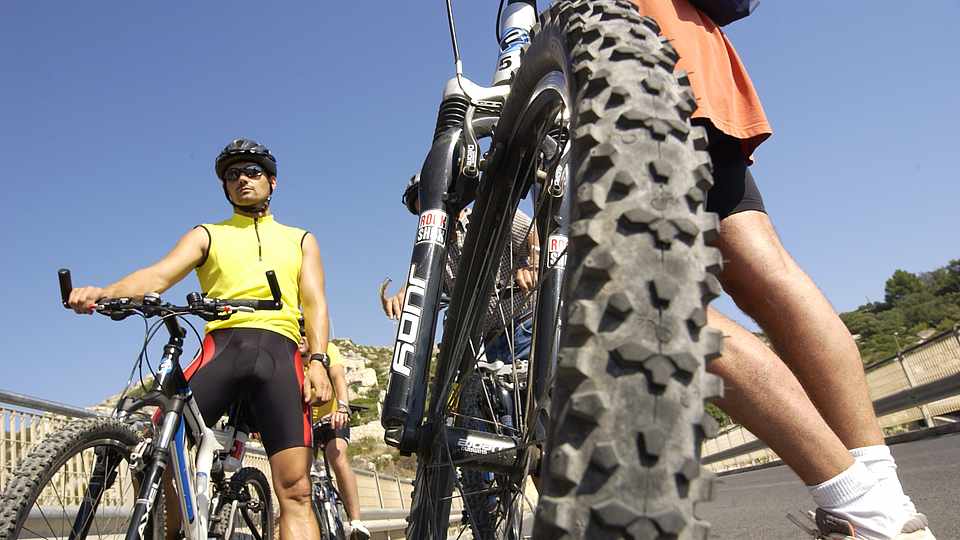 The Cape Verde archipelago offers many breath-taking routes for mountain biking along volcanic landscapes and seacoasts. The islands of Santo Antão, Fogo, São Nicolau, Santiago and São Vicente are particularly exciting for mountain bikers. With their diverse landscapes and many attractive routes, these destinations are a paradise for cyclists. Especially experienced cyclists and professional mountain bikers will get their money's worth on the mountainous islands of Cape Verde. Experience the physical and technical challenges of mountain biking along the coasts and mountains during your holiday on the Cape Verde Islands. 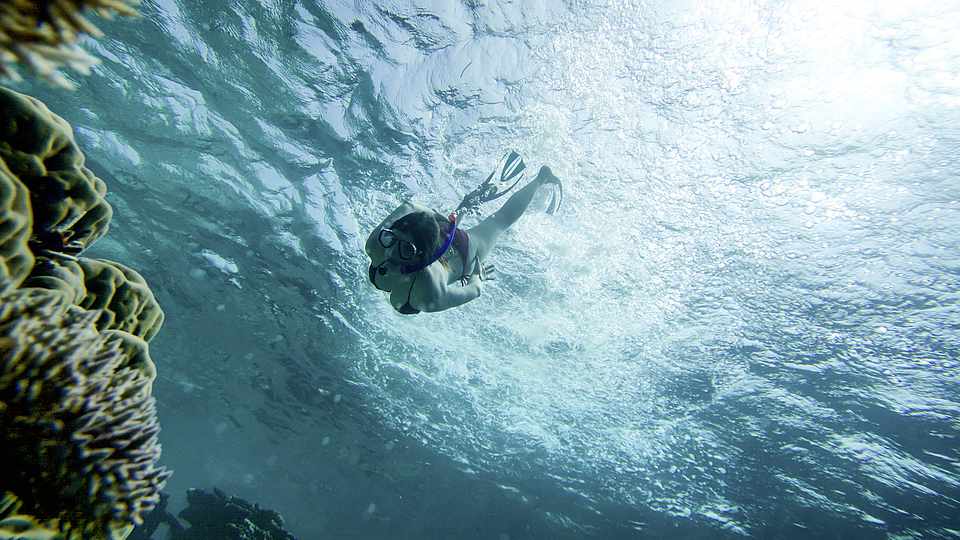 Dive into the untouched underwater world

If you want to discover the depths of the Atlantic, you will find numerous diving possibilities on the Cape Verde Islands. The islands of Sal, Santiago, Boa Vista, São Vicente and Santo Antão offer well-organised dive centres with attractive destinations for excursions. Let the almost untouched underwater world of the Atlantic Ocean enchant you during guided dives and enjoy excellent visibility of up to 30 m in the clear water. The year-round pleasant water temperatures of between 21° and 27° Celsius make diving on the Cape Verde Islands a very special experience. 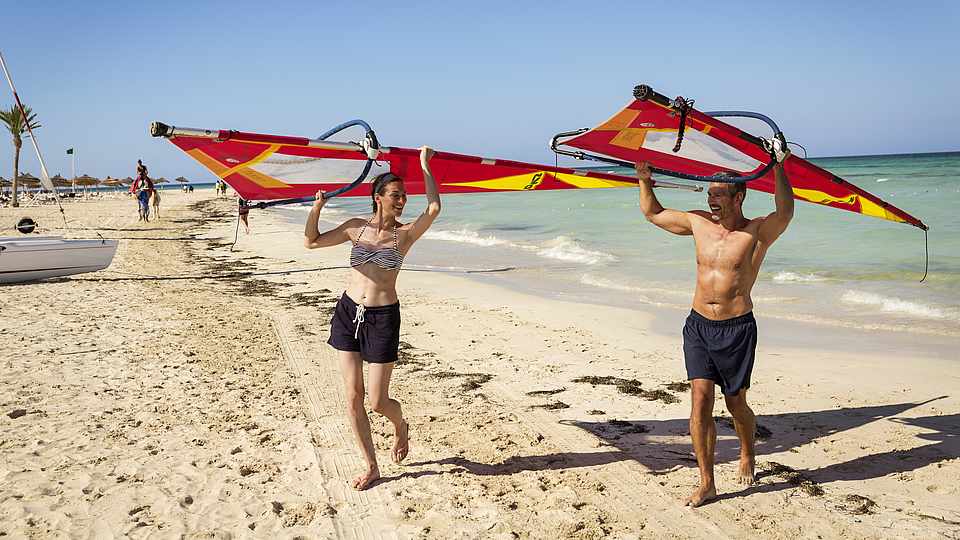 Cape Verde is a paradise for surfers, windsurfers and kitesurfers. Almost all the beaches offer ideal wind conditions for surfing all year round. Especially the light breezes in the rainy season allow for unlimited fun on the surfboard. The tropical climate and pleasant water temperatures make the archipelago a surfers’ paradise. Beginners are also welcome: You can learn to surf at one of the many first-class surf schools during your holiday on the Cape Verde Islands. Naturally, you can also rent the appropriate equipment on site. 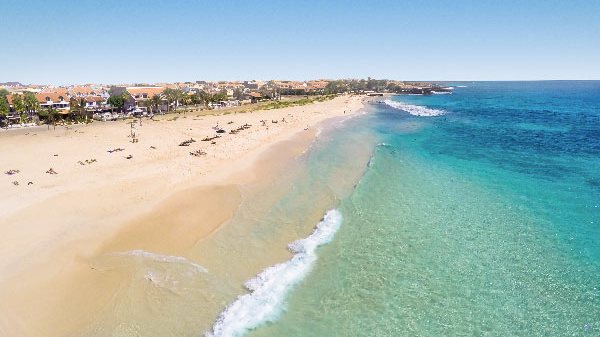 The Praia Santa Maria beach is one of the most popular beaches on the island of Sal. Over almost 3 kilometres long, it leads from the city centre of Santa Maria to the southernmost point of the island, making it perfect for extended walks along the beach. The golden shimmering sand invites you to stay and play or just relax.

When is the optimal time to travel to Cape Verde?

From July to November, the wind dies down and the rainy season prevails: However, this means only short heavy rainfalls. These pass as quickly as they come and are a welcome cooling. In total, only a maximum of 200 ml of rain falls during the summer months.

Since most of the annual rainfall is to be expected in September and the sky is often overcast in this month, the months of March to mid-August and October to mid-December are considered the optimal time to travel for a relaxed beach holiday on Cape Verde. If you are planning a hiking holiday, you can expect good weather with moderate temperatures from the end of October to the end of April.

Optimal travel times for activities on the Cape Verde Islands

Thanks to the mild and arid climate on the Cape Verde Islands, sun-starved holidaymakers can enjoy sunbathing all year round. There’s a good reason why the destination is known as the "islands of eternal summer”! About 40 to 60 percent humidity and very little precipitation are typical for the oceanic climate of the Cape Verde Islands. If you long for a pleasant beach holiday, you should visit our resort on the Cape Verde Islands in the summer months from July to October. During these months, the rainy season’s occasional rain showers provide a fresh breeze and a reprieve from the humid air. In the winter months, temperatures can drop to a pleasant 19 degrees Celsius in the evenings – perfect for an active holiday in Cape Verde.

Culinary highlights: the cuisine on the Cape Verde Islands

While you are here, you should try the national dish Capucha on your Cape Verde resort holiday. The hearty stew of beans and corn is usually served with fish. Capucha also tastes great with sausage, meat or vegetables. In general, a variety of seafood is an important part of Cape Verdean cuisine, and the crayfish freshly caught off the coast of Cape Verde will tickle your taste buds. The same applies to the lobster, which gourmets can enjoy cooked, grilled or steamed.

The upscale restaurants on the Cape Verde Islands offer a wide variety of Portuguese delicacies. Here, you can also enjoy international dishes. If you prefer authentic Cape Verdean dishes, you will find them in the smaller restaurants in particular. During your holiday in Cape Verde, you can also taste wine imported from Portugal or the excellent local beer brewed in Santiago. You can pay for food and drink in the local currency, the Escudo de Cabo Verde.

Where is the best place to go on holiday in Cape Verde?
The most popular Cape Verde islands for holidaymakers are Boa Vista and Sal.

How long does it take to fly to Cape Verde?
The flight to the Cape Verde Islands from the UK takes about 6 hours.

Are the Cape Verde Islands suitable for children?
Cape Verde is well suited for holidays with children.

When is the best time to travel to Cape Verde?
Basically, Cape Verde is a suitable destination for beach holidays all year round. From mid-August to mid-October is the rainy season, which is also the hottest. However, even then the probability of rain is low.

Holidays on the beach
Water sports
Holiday in the Maldives